Not using him as a keyring he is my 900 classics mascot...

"Rusty" is Leila's Classic 900 Abbott T7 project car. It started life as a 900 SE but was converted to Abbott Racing T7 spec for the original dealer and, as far as we can tell, was sold new as a T7. T7 spec., we think, was basically a light-pressure turbo model with the addition of a charge-cooler, uprated wastegate actuator to increase boost and some badges.

We heard about this car early in 2011, when it belonged to our friend Nick "TFatC" Walker, and agreed to save it from turning to brown dust in his garden. It had last been used around 2010 as a rally car but had broken a front spring and subsequently failed an MOT on that and other problems.

18 months (!) later, we finally arranged to have it shipped down from Aberdeenshire and the long process of rehabilitation began. 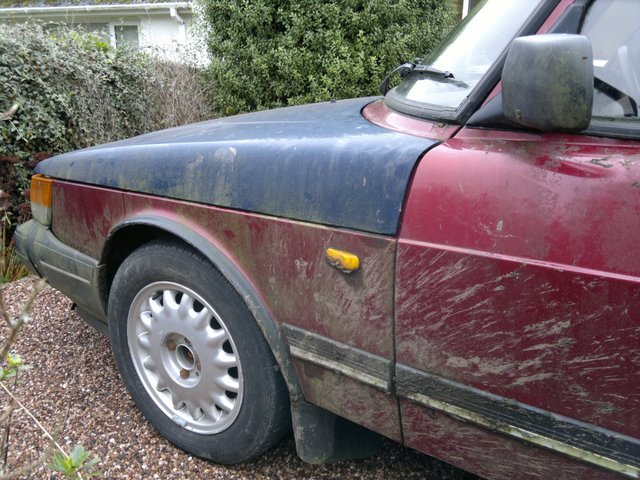